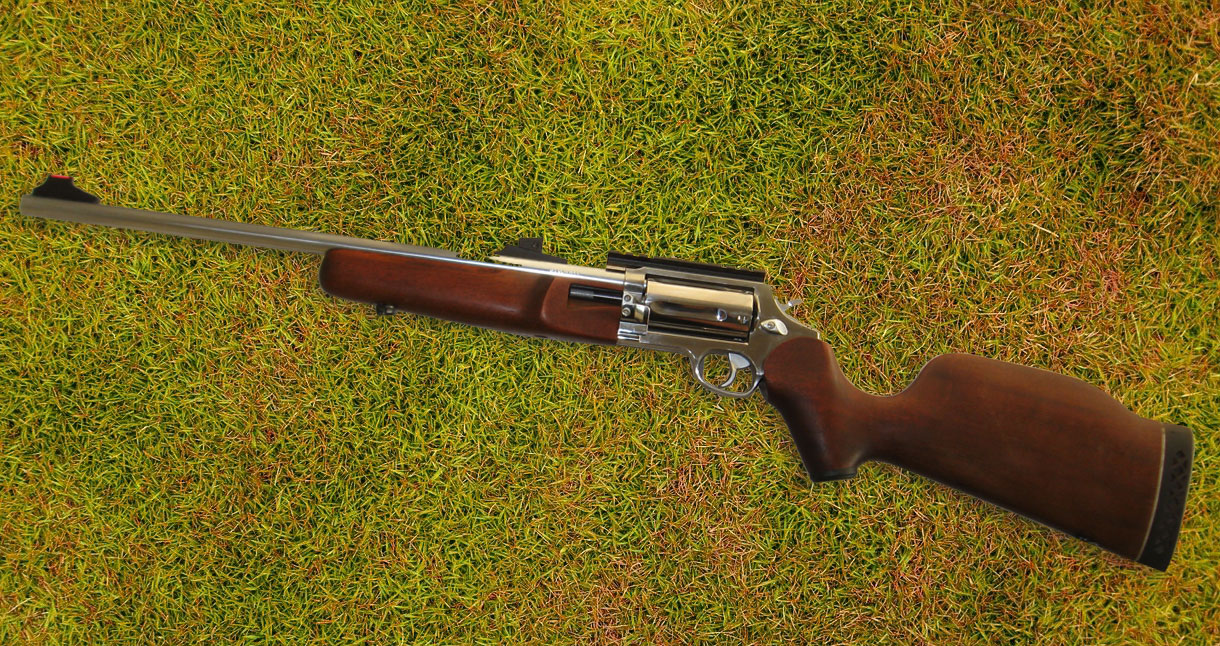 Gun manufacturer Taurus made a splash in the market with its widely popular pistol named “The Judge”. The revolver is best known for its ability to fire both .45 Long pistol rounds as well as .410 shotgun shells. Its versatility made the revolver a popular defense gun.

With the success of the pistol, Taurus gave The Judge an upgrade. Harkening back to some of the weapons used in the civil war Taurus added a long barrel and a stock to the gun. Thus, the Circuit Judge was born – a compact, revolver/shotgun/rifle. The gun is now manufactured by Rossi, so you will see it referred to as the Rossi Circuit Judge.

The Circuit Judge is a personal favorite of mine as it’s the perfect “truck gun” when I am out in the country. I’ve taken wild pheasant in South Dakota and deer in Northeastern Missouri with it. While the .410 is not the ideal cartridge for long range ring-neck, especially if you pulled a blocker or wing position, it actually works quite nicely if you happen to be in the middle of a line of hunters pushing through tall grass or milo and the roosters have a better chance of getting up from right under your feet. As a compact gun (only 38” in length) it works extremely well in the woodlands of Missouri to where many deer hunters take shots at less than 100 years. It is certainly easier to maneuver in the stand than many, more traditional platforms of the more popular .30-06.

The gun comes with a weaver rail, so a scope can easily be attached. If you were hoping for a more traditional experience, the Circuit Judge also comes with iron sights.

The main issue with this gun however, is its “choke/thread protector”. The barrel is rifled. This is great for sending that .45 Long round down range. It is not so great for the shot that starts spinning when you are firing the .410 shells. To counteract this, Taurus designed a barrel insert that looks like a shotgun choke, but with gradually more prominent straight ridges protruding from the inside of the ring from back to front. This stops the spinning of the pellets so that they fly in a tighter pattern. Its not quite a choke in the normal sense but acts similarly to keep the pattern tight. However, since this reduces the diameter of the last 2” of the barrel, they also provide a “thread protector” with no ridges that stays the correct diameter for when you want to shoot the .45. Technically speaking, the .45 and the .410 will pass right through the “thread protector” but you would have a significant problem if you sent a .45 down range and you had the slightly less than .45 sized shotgun “choke” seated at the end of the barrel.

Other than that, this gun is a great, versatile piece to pack as a survival gun, truck gun or all-around fun gun for plinking on the farm.

Let’s introduce our future generations to the Great Missouri outdoors.